A new art installation by artist duo Gardner & Gardner has been unveiled at this year's General Assembly 2019, using crocheted chains to depict the ‘sacred chains' of Christ's love.

Crocheted chains made of string descend down the south-east stairwell in the Assembly Hall, inspired by the words of a Church hymn.

The hymn, which is often sung at Easter, includes the verse:

Who then can e'er divide us more
From Jesus and his love,
Or break the sacred chain that binds
The earth to heaven above?

Rev Peter Gardner, the Kirk's pioneer minister to the Glasgow arts community, who works with his wife Heidi as part of the Gardner & Gardner artistic duo, said:

"These words are permeated with a theology of hope.

"The verses build on each other to affirm that, even in the most uncertain of times, nothing can break the chain of Christ's love that links each person, and the Church together, to Christ.

"The concept for the installation also recalls the words of Rev Prof Samuel Rutherford, the 17th Century Scottish minister, who wrote: ‘It is our Lord's wisdom that his Kirk should ever hang by a thread and that thread does not break, being fixed on Him that is a sure nail in David's House'."

The crocheted chain, made of string, winds from the highest point of the south-east stairwell to the lowest, descending in repeated loops.

Despite its soft fragile appearance, as if it could break at any time, the chain is actually very strong.

Nothing can break the chain of Christ's love

"We wanted to make an installation piece that was gentle and affirmative of the core belief of the Christian faith," said Peter.

"Several years ago, we were singing this hymn and were inspired by the idea that there's a chain of love that comes through Christ and binds the whole of the world and heaven together.

"The love of Christ binds everything. It's got to do this in such a gentle way but it's a chain, it's strong.

"And at a time when the Church is going through lots of upheavals, and a period of doubt and questioning, this chain reminds us of the core of the Christian faith.

"The core, which is life, is the love of Christ that lifts us all, whether we feel strong or weak – no matter what."

Last year, Gardner & Gardner spent a week constructing an installation designed to give commissioners a feeling of peace as they enter and leave the debating chamber, entitled All Her Paths Are Peace.

The tiled floor of the iconic black and white corridor of the Assembly Hall was transformed, using rolls of black tape to create the word ‘peace' continuously across the tiles.

The piece attracted considerable interest and many positive comments throughout the General Assembly.

You can view this year's installation, Sacred Chain, at the south-east stairwell in the Assembly Hall during the General Assembly this week, running until Friday 24 May. Peter and Heidi will be available during the week to reflect, discuss and answer questions with visitors. 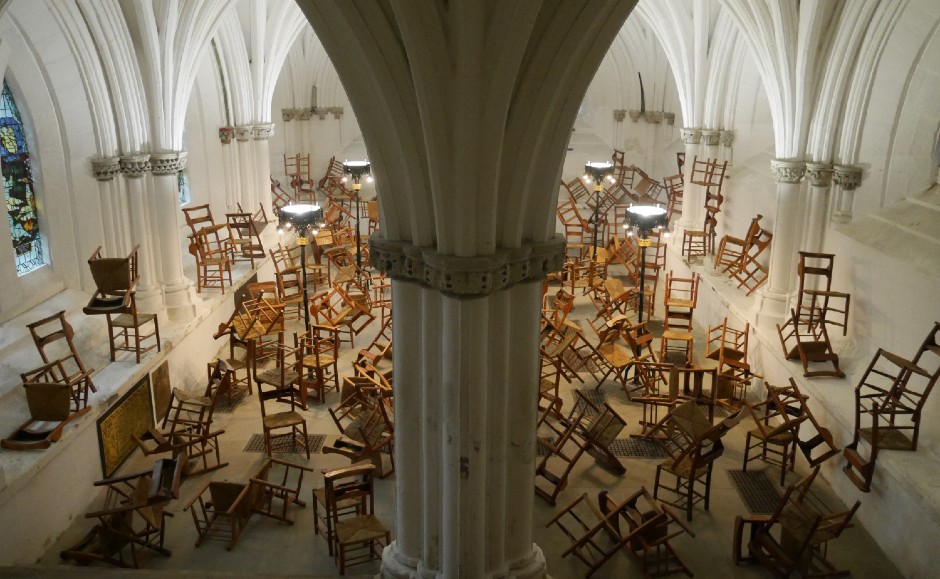 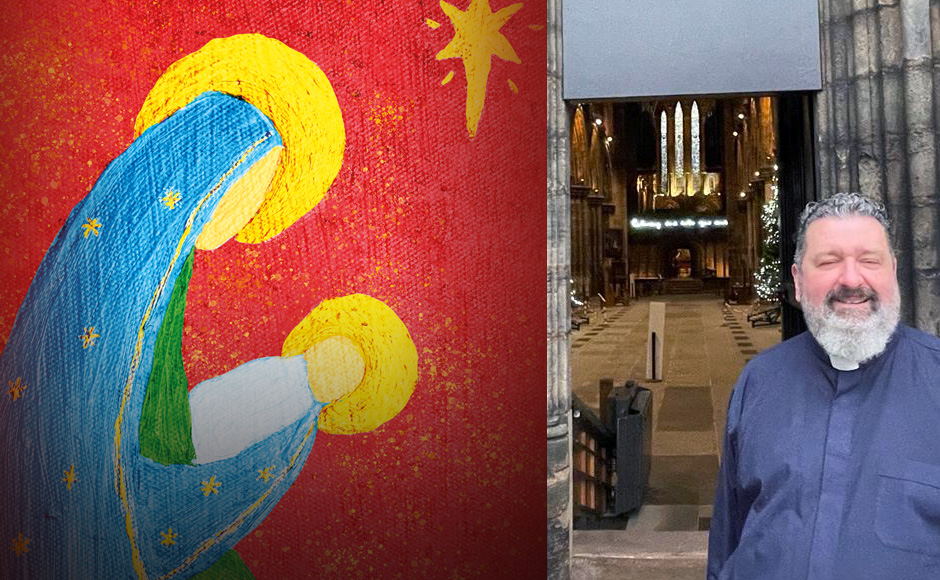