The Church has underlined its commitment to supporting Armed Forces personnel despite expressing misgivings about a service to mark 50 years of the UK's nuclear deterrent.

Rt Rev Susan Brown, Moderator of the General Assembly, has signed a statement ahead of the event at Westminster Abbey in London tomorrow.

Mrs Brown said: "The Church of Scotland recognises and is thankful for, the immense service, professionalism and commitment of Armed Forces Personnel and of their families who support them in their duties.

"We recognise that these men and women are often asked to undertake difficult tasks, not always of their own choosing and often at great personal cost.

"We are grateful for the work of Royal Navy Chaplains who support them as they carry out these, sometimes, controversial duties.

"It is in the spirit of this understanding that the following statement is offered."

The statement has also been signed by William Nolan, Bishop of Galloway and president of Justice and Peace Scotland.

It reads: "As men and women of faith, and as leaders of the Christian communities in Scotland we offer our thanks and sincere gratitude to all the men and women of our nation's Armed Forces for their service, and for the families and friends who support them in that task.

"However, as Christians, acknowledging our responsibility to be careful stewards of our world, and the moral questionability of nuclear weapons we consider it inappropriate to have a church service celebrating 50 years of Continuous-at-Sea-Deterrence of these weapons of mass destruction.

"Since 1982, the Bishops' Conference of Scotland has condemned the use, or threat of use of nuclear weapons as immoral.

"In 2017, His Holiness Pope Francis noted that the very possession of nuclear weapons is to be firmly condemned.

"For over thirty years the position of the General Assembly of the Church of Scotland has been that the possession, threat of use, or use of nuclear weapons is inherently evil.

"The 50th anniversary of the UK's nuclear weapons submarines, sailing out of Faslane, therefore, is not a moment for celebration but rather a point for lamentation and profound regret.

"In following Jesus, the Prince of Peace, we continue to oppose the UK Government's possession of nuclear weapons, which are a daily reality for those of us in Scotland who live alongside them.

"We urge the UK Government to take seriously its' treaty obligations to work for disarmament, and recall the words of Isaiah, ‘they shall beat their swords into ploughshares, and their spears into pruning-hooks; nation shall not lift up sword against nation, neither shall they learn war anymore."'

In 2017, the Church of Scotland signed the Armed Forces covenant to strengthen its commitment to supporting military personnel, veterans and their families. 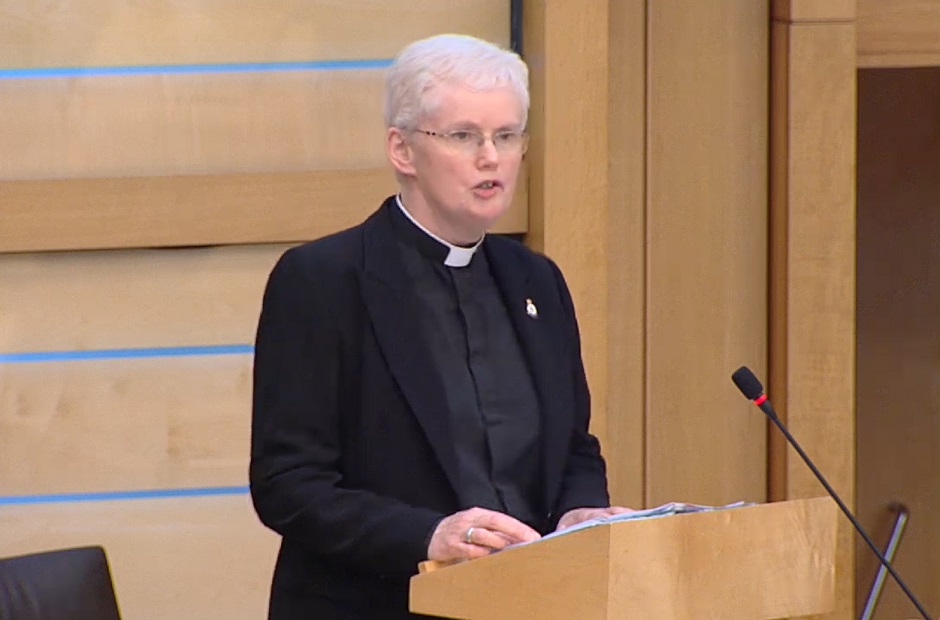 Christmas greetings for our Forces Chaplains