The Nomination Committee is tasked with identifying members, elders, deacons, and ministers with particular skills and experience for serving on an agency of the Church.

The Committee then recommends those names to the General Assembly. The Assembly has the power to accept or reject these nominations. The Committee's task is to identify people whose skills and experience will be of particular use to a given area of work. It also seeks to maintain age and gender balance and a fair geographical representation.

Both forms must be submitted for each nominee by 30 November.

Is God calling you?

In Conversation with Rev Fiona Bullock 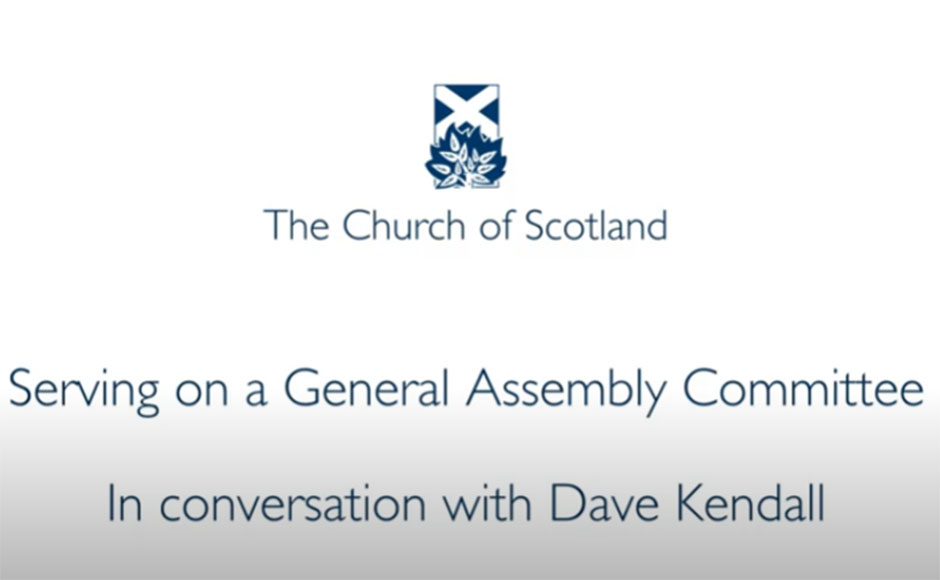 In Conversation with Dave Kendall 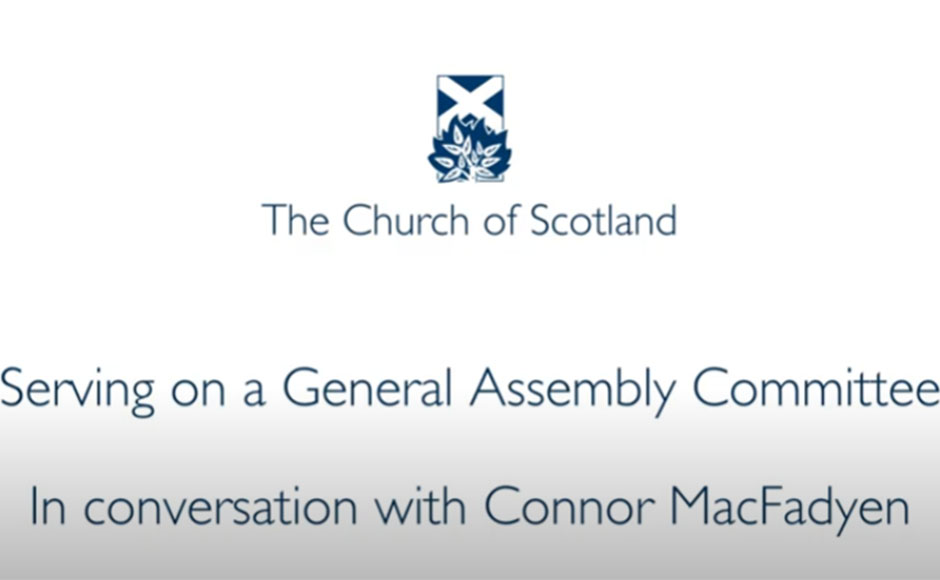 In Conversation with Connor MacFadyen In Conversation with Rev Michael Mair 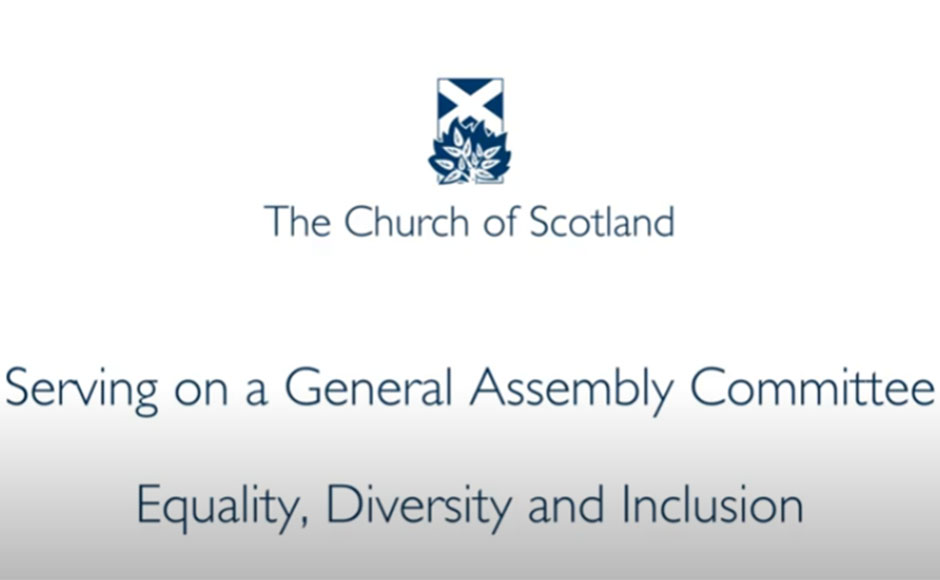 As set out in Reg 1 2013 Nomination of the Moderator of the General Assembly (as amended 2020), the Nomination Committee also receives nominations for the Committee to Nominate the Moderator. Please note, only ministers, deacons and elders may serve on this committee.

The Nomination Committee is currently considering membership to the following Committees:

There are many people with the necessary skills and commitment and your assistance as a member of the Church is warmly invited.

To submit a nomination, please complete the online Nomination Form. Please note that the Nomination Form cannot be saved and added to at a later date. Prior to you completing the form, you may want to ensure that you have the following ready to enter into the online form. A lack of information may reduce your chances of being selected:

All submissions must be with us by 30 November. Please note that due to the process involved, late submissions are not possible.

Once the Committee has met in early February, those selected will be contacted. Inevitably, not all nominees will be asked to serve, though it may be possible that they may be approached in connection with a different agency. Please explain this to those whom you nominate.

Appointment of Assembly Trustees and members of the Equality, Diversity and Inclusion Group

Please also note that the Assembly Trustees are responsible for appointing members to the Church of Scotland's Equality, Diversity and Inclusion Group ( EDI) . This is a sub-group of the Assembly Trustees and not a Standing Committee of the General Assembly. The nomination form for membership of Standing Committees should also be used by those who wish to be considered for membership of the EDI Group. Nomination Committee representatives will be invited to sit on the selection panel.

For the process of nominating to legal bodies, please contact the Office of the General Assembly at the Church offices in Edinburgh. The bodies concerned are the following:

Since June 2018, the Legal Questions Committee ( LQC ) has been asked to draw up a list of people whom it considers suitably qualified to serve on each of the bodies involved. If any forms are submitted through the wider nomination process, these will be passed directly to the Convener of LQC for consideration as to suitability.

Nominations to the Legal Questions Committee shall continue to be handled through the regular process of nomination for all other bodies in the Church.

The Nomination Committee has a Convener, Julie Rennick; a Vice-Convener, Bill Wishart; and 18 members appointed by the General Assembly.

If you require any further information about the Nomination Committee, please email nominations@churchofscotland.org.uk or on tel 0131 240 2229.

The Nomination Committee usually meets twice a year, in August and January. Recommendations are reported directly to the General Assembly.