A minister suffering from "Long Covid" nearly 18 months after catching the virus has dedicated a new memorial.

Rev Dan Harper said the black granite obelisk erected in the grounds of Stirlingshire Crematorium acknowledged the pain, challenges and loss that people have suffered during the COVID-19 pandemic.

It is surrounded by wild flowers, laid out in the pattern and colours of a rainbow, which was adopted as a sign of hope during the first wave of the virus last year.

The design on the stone features three thistles and was created by Poppy Lunn, 12, from Galashiels in the Scottish Borders

"The middle one has a rainbow which represents the NHS and all they have done for us," she explained.

"The other thistles on each side are protecting the NHS, just like we have tried to do."

Poppy was inspired to enter a design competition organised by the Westerleigh Group, which owns the crematorium in Bannockburn near Stirling, after one of her friends caught COVID-19.

About 50 people attended the dedication ceremony on Saturday.

"It honours all that remains lost for those still suffering and all the loved ones we have lost along the way."

Mr Harper, 39, said the memorial offered a peaceful and tranquil tangible place to go to "mark that intangible feeling".

The minister said thatin the Bible Jesus talks about love being an act of service.

"Love is spoken of in terms of putting another first, wanting and assuming the best, and more than anything else, love is the thing that endures," he added.

He is one of an estimated 385,000 people across the UK who are battling "Long Covid" and the number is growing.

Mr Harper, a married father of one, said: "Having Covid is horrible and living with the after effects is horrible.

"However, experiencing the love of friends and strangers is wonderful."

The memorial stone was also dedicated by independent celebrant, Susan Chown who said a few words as did Alyn Smith, MP for Stirling.

He spoke briefly in solidarity with all those in pain and thanked everyone who has supported and cared for people suffering throughout the pandemic.

Obelisks have been installed at crematoriums owned by the Westerleigh Group across Scotland, England and Wales.

"We felt we needed to do something, not only to remember those who passed away but also to honour others who did so many positive and selfless acts to support people and bring their communities closer together."

According to the latest figures released by the Scottish Government, 327,652 people have tested positive for COVID-19 in Scotland and 7,800 people have died following a positive test for the virus. 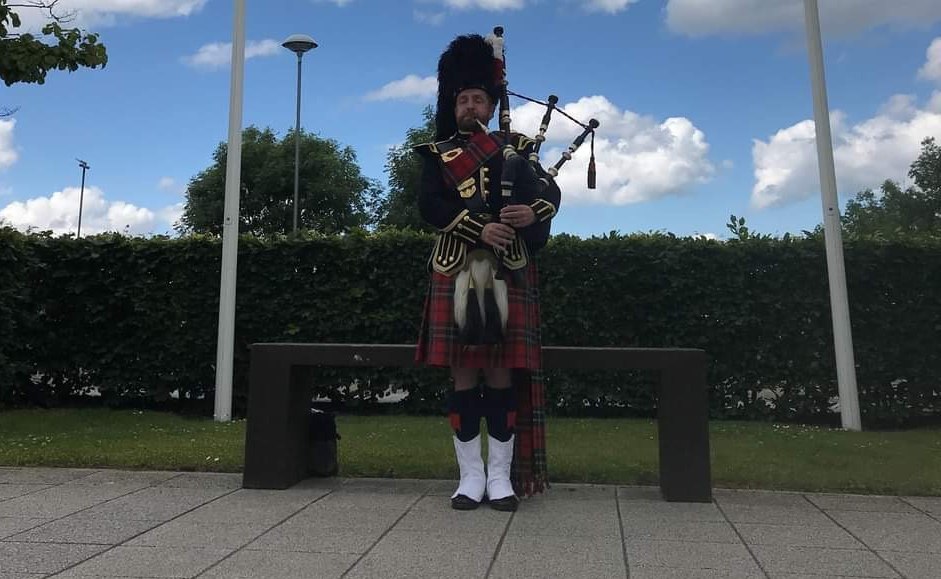 Minister crippled by COVID-19 "very relieved" to get the vaccine